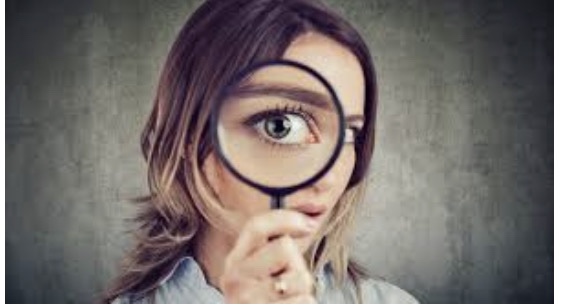 I have always  been a curious and inquisitive person.

Known as a ‘silent assassin’, all eyes and all ears but fuelled with the curiosity of what was happening. I was called ‘nosey’ more times than I cared for, but I just shrugged it off because for me it was more than just being nosey, I just wanted to know and learn.

Personally I like to believe that they’re more intellectually minded than the average being.

Their quest is to expand their knowledge which is demonstrated through their curiosity, as opposed to any other underlying alternative motive.

My curiosity did get me into certain sticky situations when growing up through my formative years as I always seemed to be in the wrong place at the wrong time, although at the time it seemed to me like the right place.

Like the time when I happened to wonder out on a daily walk and saw a friend of mine trying to take another friend’s bike out of the bike rack. The only thing I didn’t understand was why he was fiddling with the lock.

Or the time I was at a church school and  I stumbled across two of my teachers in a secret liaison.

Not a pretty sight I can tell you but it proved to my benefit as both teachers couldn’t do enough to help me more in my studies.

Growing up I recognised that some individuals in my peer group found my manner irritating and would make me aware of such on a regular basis.

However this hostility didn’t stop my quest to learn.

By making me a social pariah it meant I was left to my own devices, allowing me freedom to seek out the knowledge I desired.

I communicated my curiosity through quiet observation.

On the face of it I was just a quiet kid who had no clue about anything, the reality was that I was a sponge, soaking it all in.  Where as others’ curiosity may take a more vocal questioning form.

In my adult years I have observed that curiosity is widely misunderstood.

Rather than cultivating this keenness to learn, we belittle it and make individuals apologetic for possessing such a skill.

Whereas this quality is one that helps to shape and mould mentors and coaches.  As their quest to learn is inherent and alive, allowing them to enthuse and ignite the same fire in their pupils/mentees.

Obviously the questioning form of curiosity in everyday work based situations can be a little intimidating. Especially for individuals who feel the questioning carries an intent to belittle or test their knowledge base.

Is this a reflection of how society has instilled feelings of mistrust for each other or is it a survival instinct, it is hard to decipher the driver for this fear.

What is important, is to understand the inherent behaviour of the individual who is asking the questions.

In our daily instruction settings this understanding is vital to being able to use the quality in a positive fashion. Making the learning more conducive as opposed to fighting against this questioning quality, in turn making the learning relationship strained.

I had one client whom I shall refer to as Bill for this recount, he was a very inquisitive and curious learner. He came to me in his more senior years to train to become a driving instructor.

I was his fourth trainer and when we met we commenced our learning relationship with a discussion about his instructor training history and learning style.

He laughed at my broaching this subject as he said to me that it had been quite a journey and he didn’t want to put me off. I assured him that I wasn’t easily put off, and that he could tell me openly without hesitation.

Bill started to tell me about the stages of his instructor training and the various types of instructors that he had trained with. He said that he always found the relationship with his trainers slightly stilted but couldn’t really understand why.

He felt that there was always a barrier between them which to him felt like they didn’t ‘gel’.

Whilst listening to his history what did come across strongly was his questioning manner.

From what I could see was that he was very upbeat and enthused about learning.

He recounted one example where he was in the middle of his in-car instructor training session when his instructor just had a melt down. Screaming and crying, telling Bill to terminate the session.

When I questioned Bill further about that particular session he explained to me that the instructor had been teaching him the lesson plan for junctions.

They had been practicing on one particular junction in a busy part of the town, and had gone round it probably ten times, Bill said he still had a lot of things he wanted to know.

He reflected that he had found the session really interesting.  And had been so focused on retaining the detail and was asking lots of questions that he hadn’t really noticed the signs that the instructor was  getting frustrated.

Unfortunately the instructor slowly became more and more distant and eventually their relationship ended. Bill genuinely appeared saddened in his recount of this event, I could see that he had taken this hard and through the language he used, it appeared he blamed himself.

He questioned whether becoming a driving instructor was even a realistic goal for him.

We went on to train together and Bill passed his instructor training becoming a fully qualified trainer himself.

You may ask what changed for him?

Well I think what was key in this situation was understanding Bill’s nature and mannerisms.

In his own words he had been a ‘curious’ child and had never stopped questioning things.

What he called curious others saw as difficult but through our training we had developed techniques that harnessed this quality to assist his learning, coupled with ground rules about situations in which I would limit his questioning to better aid his learning.

We used reflection as a tool to allow Bill time and space to understand both his and his client’s needs, which for him was powerful.

It worked well and that was what mattered.

Bill remains a driving instructor until today, has a full diary of clients, and still hasn’t lost his zest to learn.

It was another learning point for me that time spent at the beginning to try and understand your client’s needs is invaluable and essential to their success and ultimately yours.